AdBlue delivered to wherever 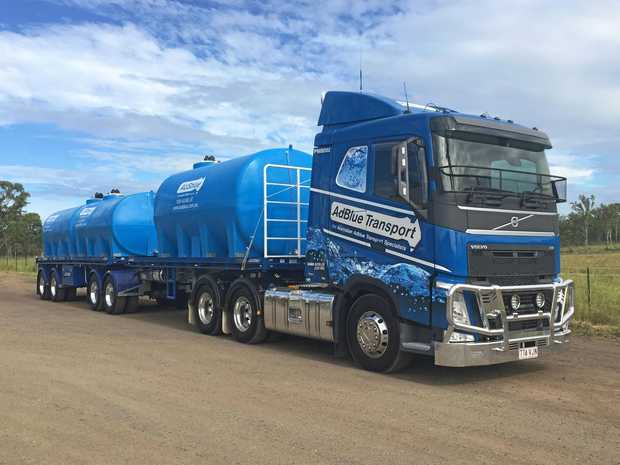 It has dealt with an intriguing set of challenges as it moves forward in anchoring itself as Australia's major AdBlue manufacturer, supplier and distributor.

AUSblue general manager Pat Maguire gave Big Rigs some of his time to discuss those issues while he wrestled with the company's first week of operations across the Tasman.

"Over the past four years as the industry matured it has moved away from packaged products to more bulk product,” Maguire said.

"It's always day one for someone so you still need to maintain a full product range from your 15 litres, 210litres, the 1000-litre intermediate bulk containers and bulk.

"We saw the need to move into bulk AdBlue distribution services about four years ago so we instigated what we call our progressive delivery system.”

To do that AUSblue runs 10 bulk transport vehicles, capable of carrying up to 32,500 litres each, around Australia.

"AdBlue is unlike the fuel business, where you can order a 50,000-litre drop to go to, say, Goondiwindi and a truck goes out, unloads and goes back,” Maguire said.

"For people in the AdBlue market it is a small consumption product (typically AdBlue tanks on Euro4 emissions standard and above, trucks range from 35-150 or so litres) and one of the issues we have been confronted with is the more remote the location becomes, the bigger the drop we want to be able to do to keep the transportation costs down. So the more times we've got to go there, the more it is going to cost.

"One of the issues confronting the industry is that infrastructure costs money. Where we would prefer clients to install a 15,000 or a 20,000-litre AdBlue storage tank to future-proof their operation), they'd prefer to put in a 3000-litre tank. But when they get down to 2500 litres we are not going to top-up for 500litres as it costs more to do that.

"So when they are down to 2500 litres and we aren't there, they are in trouble. They have no room for movement and nor have we but with more and more bulk sites coming online and the increased frequency we have of our delivery vehicles, the more we are able to better service these smaller sites.

"We'd prefer they err on the side of reasonable-sized storage tanks rather than small ones as we see the market is only 50% through its growth cycle and that it still has another three or four years left in that cycle until it matures.

"That means the market is going to double in size in that time. So for most people the problem (of having insufficient AdBlue storage) is not going to go away, it's arguably only going to get worse.”

AUSblue operates out of all of their capital city hubs, their manufacturing sites, every day. They have 500 of their own bulk tanks in the marketplace plus a further 2000 sites they supply across the country.

But AdBlue can only be carried in fibreglass, approved chemical-grade poly tanks or stainless steel because of its corrosive nature.

How does AUSblue approach that issue?

"That gives us total flexibility so we can lift the tanks off and load packaged products such as 1000-litre IBCs and 210-litre drums. We maximise the utilisation of how we deploy our vehicles and to improve our efficiency.

"Our local vehicles, which have up to 30,000-litre carrying capacity, run out of each of our hubs on set runs on set days. This gives our customers predictability in knowing when their deliveries will be made and gives us organisational structure and lets us put better efficiencies into our business.

"But that doesn't mean we are that inflexible that we can't make something happen. Our bulk delivery vehicles head out of each of our hubs to deliver to various bulk customers.

"A delivery drop averages 5000 litres but they do vary from between 3000-10,000 litres. They basically go wherever they need to go.